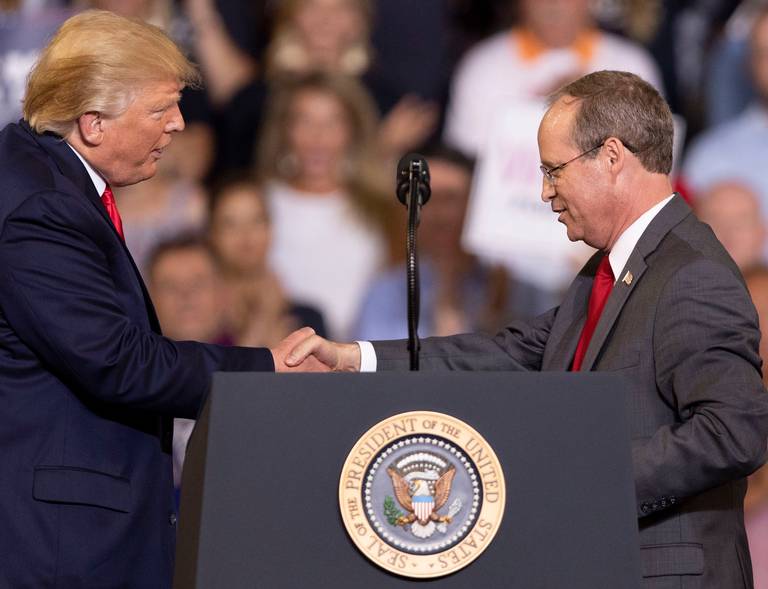 Murphy, a Greenville urologist, coasted to victory in Tuesday’s special election in Eastern North Carolina’s 3rd Congressional District. He will finish the two-year term of the late Rep. Walter Jones, who died on Feb. 10.

Even before most of those results were posted, state Republican officials declared victory for Murphy.

“Congratulations to Dr. Greg Murphy for a strong victory! Dr. Murphy ran a fantastic campaign focused on his support for the families, farmers, and small businesses in North Carolina’s 3rd Congressional District,” state party chairman Michael Whatley said in a statement. “We look forward to seeing the positive results he will produce for eastern North Carolina in Congress.”

Stay Up To Date!